DC Hall of Justice Wiki
Register
Don't have an account?
Sign In
Advertisement
in: Characters and their versions

The term Justice League may refer to the television series, the the toyline or the team itself, as seen below.

This is a disambiguation page. Click on the links below to go to your destination:

In the comics pre-crisis to pre-Flashpoint universe, there were two main Justice Leagues with branches under each. In The New 52, the Justice Leagues are separate entities. 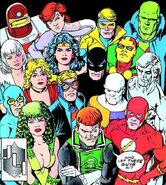 Justice League of America (The New 52) 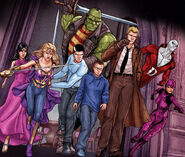 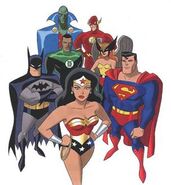