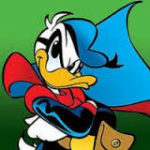 Hi, welcome to DC Hall of Justice Wiki! Thanks for your edit to the Lashina (JLU) page.

If you need help, and there are no local admins here, you may want to visit the forums on the Community Central Wiki. Looking for live help? Then join us for an upcoming webinar to chat with staff and other Wikia editors. You can also check our Staff blog to keep up-to-date with the latest news and events around Wikia.

Thanks for all the assist the past few days man. One tiny request. Could you use screenshots or landscape oriented images on the character pages as opposed to full body shots? That way the page isn't stretched as long. Thanks man. -12px DcHallofJustice, Administrator, The Morphin Grid, Kamen Rider Wiki 12px 18:22, July 26, 2012 (UTC)

Okay, no problem. I was intentionally seeking for full-body shots, but screenshots are easier to find (specially for characters created for JLU opposed to those who debuted in the Batman and/or Superman series). Sorry for not noticing the message before.D.A.Martin (talk) 19:44, July 26, 2012 (UTC)

Also, if there's already a red link to an unavailable image please upload from there instead of changing the filename. Works better with coding. (And it's Kalibak/Orion haha) Dchallofjustice  Talk  PR/SS  KR  JLU/DCUC  MH  16:41,8/8/2012
I read it just in time. I was about to upload an image for JLU Shining Knight. About the Orion switch, I think both he and Kalibak were Darkseid's sons, while Highfather's son exchanged with Orion was Mr Miracle.D.A.Martin (talk) 17:15, August 8, 2012 (UTC)

Good call on using Deathstroke. As for President Wilson, he's the same persona anyway so feel free to use it. As for the Crime Syndicate, their not all the same persons really, since Superwoman is Mary Marvel (In Co2E) and is Lois Lane (in the comics). It's just he Wilsons and Luthor that are the exact same personas (just flipped). The rest seem to be 'counterparts' in terms of their place in the world (like Amazon is the persona counterpart, while Superwoman is one of the big three).  Dchallofjustice  Talk  PR/SS  KR  JLU/DCUC  MH  12:39,9/9/2012

Hello, quick thing on the characters for DC Universe, I've set up table guides at Batman, Superman and Wonder Woman's pages, so we'll be featuring tables of the figures instead of stats from here on. Also something to help us out: for linking JLU characters, I have a new template that lets us write {{JLU|Superman}} instead of the longer [[Superman (JLU)|Superman]] if need be, as well as {{DCU|Superman}} instead of the longer [[Superman (DC Universe)|Superman]].

I saw you're still using the abandoned format on the DC Universe pages. We now feature tables under "figures" as seen here- Wonder Woman and Hal Jordan. Just a quick and gentle reminder. :) I've already worked on most of the Big Seven (they've got longer tables) so most characters will probably only have one or two figures listed. Dchallofjustice  Talk  PR/SS  KR  JLU/DCUC  MH  17:26,10/27/2012

It's probably better to put larger categories in the character disambiguation pages as opposed to the "Name (DC Universe)" pages. This way we can avoid having to repeat the category for YJ, BatB or whatever else.  Dchallofjustice  Talk  PR/SS  KR  JLU/DCUC  MH  03:39,11/7/2012

Thinking on it some more I think it's alright to place the categories there. On a larger scale though I thought we should start splitting the DC Universe articles into Pre-Crisis and Post-Crisis where applicable, but then again many designs simply transcend pre-crisis and post-crisis so nevermind that. i just added the word "comic" to the categories.  Dchallofjustice  Talk  PR/SS  KR  JLU/DCUC  MH  04:24,11/7/2012

Thanks for spotting my slip-up on the Superman franchise characters. I only intended to pluralize the category, and didn't realize I'd copied Batman's name. haha.  Dchallofjustice  Talk  PR/SS  KR  JLU/DCUC  MH  20:46,11/8/2012

No problem, you are welcome.

I figured out why Wonder Girl and Deadshot's pages aren't showing categories. The gallery tags weren't closed with </gallery>. Since the categories added automatically go after everything in a page code-wise, it got 'absorbed' into the gallery code and went unrecognized as categories.  Dchallofjustice  Talk  PR/SS  KR  JLU/DCUC  MH  05:59,11/11/2012

I changed the Total Justice line to a category so it can house all the toys and packages later on. I also went with labeling it Total Justice, and simply mentioned the prominence of the Batman logo (similar to how we handle DC Superheroes' Batman series).

I was hoping to get your opinion on something. I want to separate versions of He-man characters but not to a heavy extent- my thoughts were to have the general MOTU Universe which like the DC Universe includes several timelines but use the same costumes, then the MYP/200X Universe, and the current New 52. I'll probably stick with the latter, but for all others, what do you think? Lump the show/classic toys/MOTUC into one MOTU Universe label, where they share looks? Dchallofjustice  Talk  PR/SS  KR  JLU/DCUC  MH  17:21,11/21/2012

The problem with making that split is that there still are some MOTUC figures that use the 200x looks (like Count Marzo), yet are considered part of the same universe as the ones using the vintage designs, so I'd say it's better to keep the MOTU characters with just one page for each characters with all versions for now, as the division is more blurred.D.A.Martin (talk) 17:42, November 21, 2012 (UTC)

Well for characters like those, it shouldn't be a problem to leave his 200X page blank (btw, working on a big "This version of the character has no figures" template) in the figures section, since the stylizing is hyper-stylized anyway. For the majority, we have more characters with distinctions. Especially since Th Faceless One and Marzo aren't 100% faithful to their 200x looks. Reference Dchallofjustice  Talk  PR/SS  KR  JLU/DCUC  MH  19:49,11/22/2012

EDIT: Thanks for remembering to place the appropriate toyline listing (i.e. Constantine's not in DC Universe Classics but Signature Collection) in the box and tables just so we have less to backtrack. :)  Dchallofjustice  Talk  PR/SS  KR  JLU/DCUC  MH  19:55,11/22/2012

The Signature Series are on their proper locations Ocean Master, Ras Al Ghul, and Batzarro are October - December, 2013... Aquaman, Ice, and Superboy are Januaury - March 2014

Retrieved from "https://dchallofjustice.fandom.com/wiki/User_talk:D.A.Martin?oldid=17165"
Community content is available under CC-BY-SA unless otherwise noted.